Although I guess these could be aircraft reflections, they are probably mostly Es, certainly the more distant spots. 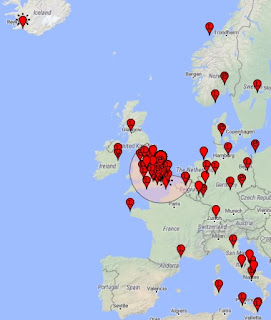