Overnight I remained on 2m FT8. Already this morning GM4FVM (428km) has been copied, presumably by aircraft reflection. I think I'll stick with 2m FT8 today with the occasional CQ. 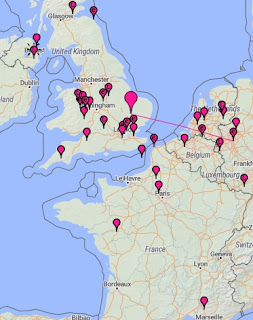