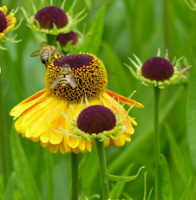 These bees were busy last week at Anglesey Abbey, which is owned by the National Trust. After many months, most National Trust gardens are again open.

We go to Anglesey Abbey quite often as it is very near. We are NT members, but you have to pre-book. Social distancing is never a problem. 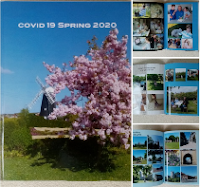 Every three months my wife produces an album to help us remember what happened in each season. She has done this for many years. We have well over 40 albums now.

We also do the 365project in which we take a picture every day. We have done this since 2013. It is amazing to see how the grandchildren have changed. It is totally free although you can pay $19.99 a year for total privacy and more albums.

The future of amateur radio

In recent years there has been a shift to digital communications using modes like FT8. Whereas in the past, radio amateurs focused on speaking to people across the world, there is far less of this now. People may make "rubber stamp"  brief contacts, but there is far less chatting. Most of us can enjoy video chats across the planet for free on the internet. Speaking across the world is no longer magic. What "turns on" younger people is not the same as in the 1950s or 1960s. We have to find out what this is and forget what attracted us.

Southgate News has a link to an interesting piece in IEEE Spectrum talking about the issue in the USA. I think this is mirrored across the planet.  The main issue is amateurs globally are getting older and there are fewer youngsters coming into the hobby. In 20 years' time the hobby we love could just fizzle out.

Judging by the reports this looks like E layer.  It could be double or triple hop Es, but I suspect some other sort of E layer propagation.

Rather later than normal, I have turned on my 500mW 10m WSPR beacon using the indoor loop antenna in the shack. Gear was turned on at about 1340z.

Windmill next door - NOT amateur radio

This photo appeared as a FB memory today. It shows the windmill next door at 10.10pm local time.
at 07:38 0 comments 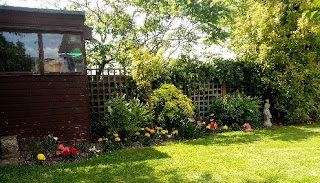 Earlier in the spring we thought our garden would look sparse with the lockdown, but actually it looks better than normal! The photo shows our rear garden just now.
at 14:58 0 comments

Since just before lunch I have been on 6m FT8 with 10W and the V2000 vertical omni antenna.  Mostly spotted in Scandinavia.

UPDATE 2117z:  Several QSOs today, all in Europe. In all, 537 stations spotted today including 4 transatlantic. Most interesting was JW7QIA (2949km) in Svalbard in the high Arctic. My own signal was spotted in Canada and it almost feels incidental!
at 13:31 0 comments

Since just before lunch I have been on 10m WSPR TX using 500mW to the tiny indoor loop antenna. No spots of me yet.

UPDATE 1655z:  A few spots received, but not many. With WSPR it is definitely harder to be spotted than with FT8 even though FT8 is less sensitive. There are far more people using FT8 now. 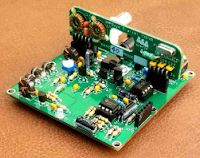